The Dan Berkson Trio perform modern jazz with a strong sense of both history and innovation. Drawing on the traditions of the great piano trios of Paul Bley, Keith Jarrett, and Bill Evans, they also bring their own sound communicated through Berkson’s compositions.  Drummer Dave Wickins and Bassist Steve Watts have decades of experience supporting England’s top jazz musicians. 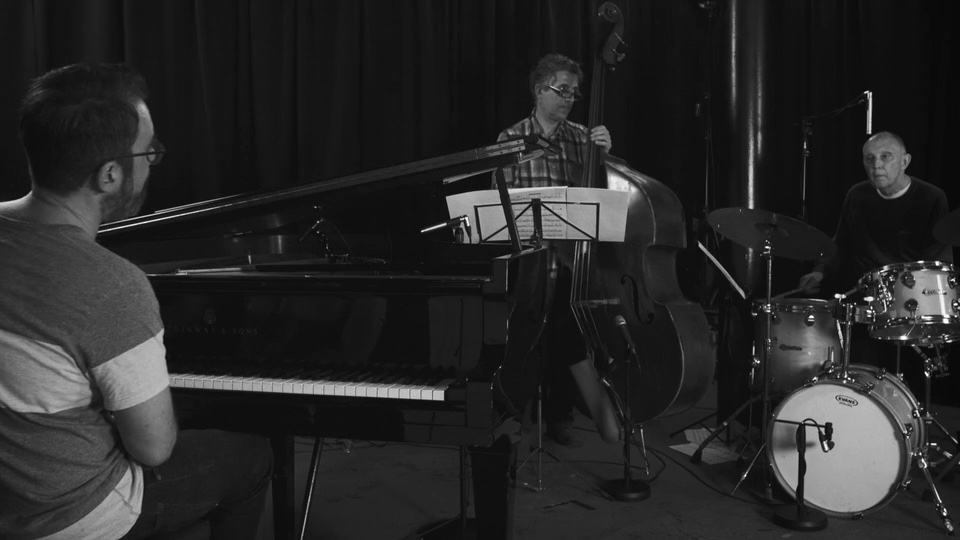 Steve Watts has been playing jazz on the British scene for over 25 years, during which time he has worked with many musicians of international stature, incuding: Django Bates, Iain Ballamy, Julian Arguelles, Kenny Wheeler, Stan Sulzman, Jim Mullen, Joe Lovano, Kirk Lightsey, Richard Rodney Bennett and many more. He is a member of the influential Loose Tubes jazz orchestra and “The Printmakers “- a band featuring Norma Winstone, Nikki Iles and Mike Walker. He has made numerous broadcasts for radio and television and has recorded widely.  Live work has taken him all over the world and his playing can be heard on the soundtracks of many films.He is a committed educator and currently teaches at Trinity Laban Conservatoire of Music and Dance and the Guildhall School of Music and Drama.

Dave is said to be one of the UK scene's best kept secrets. His approach to drumming is unique, combining a hard swinging approach with a distinctive sense for melody and expression.  Dave, who originally studied with Philly Joe Jones, was for many years a member of the  Bobby Wellins Quartet. He is a sought after percussionist in   trio setting, and at present plays with  the trios of Kirk Lightsey (European trio),  Liam Noble and Peter Churchill. He is also a professor at Trinity Laban Conservatoire and runs the Original UK Jazz Summer School at the Royal Welsh College of Music.